As Editor-in-Chief of BLH Writing Solutions, I’d like to announce I will be working with Means-of-Production marketing services to launch a new blog for The Quechee Club in Vermont.

Like it’s name suggests, The Quechee Club is located in Quechee, VT., a quick drive from the Dartmouth-Hanover area and about an hour north Concord. Part of my task is to highlight not only The Quechee Club community and wealth of amenities, such as golf, skiing, tennis, private lake, athletic club and pool, but to also shine a light on all there is to do in the Quechee area.

Unfamiliar with this part of Vermont, I took a trip up the other day and was surprised to learn how much there is to do in the area. There’s a Simon Pearce gallery and restaurant, the Montshire Science Museum and the headquarters of King Authur Flour nearby (which may not sound like a big deal, but kinda is). There’s also the vast hiking and kayaking opportunities and of course the famous Quechee Gorge.

There is certainly no lack of material to cover. As I get started on the project this week, I’m looking forward to working with all the great people at Quechee and becoming an expert on the area. 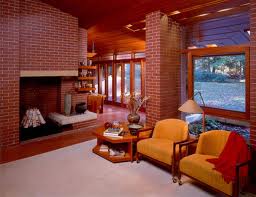 Being a superintendent of schools is a pretty thankless job. There is never enough money. Everyone is constantly second-guessing your decisions, from teachers to the school board to the average citizen who knows next to nothing about education. And when you try to make improvements, shake things up for the overall good, parents, kids and teachers fill a large auditorium or gymnasium or hearing room to talk about why the improvement plan is such a bad idea — often before hearing all the details.

Hudson Superintendent of Schools Brian Lane is trying to make a change, to improve student test scores by restructuring the early education model in his town. Will it work? Maybe. But first he has to convince the people who live in Hudson to let him do it.

— Not quite New Hampshire news, but a rare white coyote was found in Kennebunk, Maine.

— These photos of Cranmore Mountain’s annual pond skimming event over the weekend makes you realize the North Country is totally having more fun than we are this winter.

— Another blow to charter schools. And the university system.

— The Manchester Superintendent of Schools candidates got a taste of the job Monday night.

— Last Thursday, I attended the Portsmouth Pecha Kucha (pronounced Puh-CHA Koo-CHA), a sort of TED talk thing that actually began before the whole TED talk thing was a thing. My favorite segment was presented by Jane Seney, educator, tour and docent program director. A Manchester native, Seney spoke about how her view of the Frank Lloyd Wright-designed Zimmerman House has changed over the years. It was enlightening and made me realize how rich in art and architecture Manchester really is.